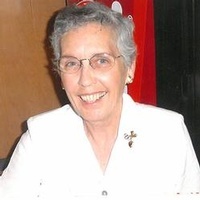 Throughout her early childhood, she moved with her family to remote areas of Texas as her parents sought various jobs, such as barbering and teaching school.

The family finally settled in Emory in 1941 when they bought the Hanky Duffy place. Wilma would have been about nine years old at that time. Her parents and all of the children built the house themselves, which was done in stages over several years. Wilma could recall actually having dirt floors while the house was under construction. She told stories about having to walk 1/2 mile to haul water to the house, living conditions were rough.

She only received one spanking, and that was with a razor strap. After that, Wilma always followed the rules.

Living through the Depression, she learned to do for herself with what she had. Through her desires, she exercised her creative nature. She was an avid seamstress, photographer, and scrap-booker. Other hobbies included oil painting, quilting, and playing the piano. Everyone can attest to the expanse of artistic abilities as well as the beautiful results in almost everything she did.

Also as a result of the Depression, Wilma was extremely conservative.

She entered a beauty contest once while in high school and was tickled to win third place. First place meant she'd have to make another dress and find the money to travel to the next pageant. Her prize was a little suitcase that was used to store our Christmas ornaments.

She graduated high school from Emory and was the valedictorian of her class of 1949. During her late teens and early 20's, Wilma worked at the drug store on the square. Her duties included wrapping packages for delivery and making root-beer floats. If she didn't make the float correctly, she had to drink it. As a result, she never liked carbonated sodas. Her favorite drink was Grape Nehi's.

She married O.J. Wade in August 1952 and completed her master's degree in education from East Texas State Teacher's College, which is now A&M at Commerce.

She and O.J. moved to Dallas and she began her teaching career as an elementary school teacher for the Dallas Independent School District. She worked as a second grade teacher at Urban Park Elementary throughout most of her career. Towards the end of her career, she was asked to write curriculum for the district.

Upon O.J.'s retirement, he moved to Emory. While attending to his cattle, he had their retirement home built. After her 55th birthday, Wilma retired and moved to Emory to be with her husband.

Funeral service is scheduled for Saturday, 2:00 PM, February 7, 2015, at the Emory United Methodist Church. Interment will follow at the Smyrna Cemetery. Visitation is scheduled for Friday evening 6-8 PM here at the Wilson-Orwosky Funeral Home Chapel.

To order memorial trees or send flowers to the family in memory of Wilma Wade, please visit our flower store.