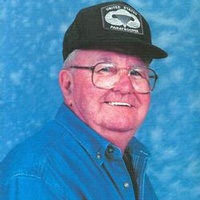 Willie "Bill" Ernest Davis, 82, of Emory, passed away at his home on Tuesday, July 1, 2014. Bill was born on April 10, 1932 in Wisner, LA, to Ernest Ralph and Mary Letha Williams Davis. He proudly served his country in the U.S. Army during the Korean War. He married Mary Janice Hamilton Mason on March 1, 1982 in Tool, Texas. They were married for some 32 years.

He is survived by his loving wife: Jan Davis, of Emory;
Son: Darrell Davis of Tennessee;
Daughters: Debra Coggins of Pleasantview, TN, and Donna Olson of Grandby, CO.
2 Step-sons: David Mason and wife, Juanita of Reklaw, and Ricky Mason and wife, Beth, of Cross Roads, TX;
Brother: Paul Ray Davis;
3 Sisters: Luney Beach, Mary Yarborough, and Bobbie Vaughn.
Numerous other grandchildren and great-grandchildren; and a host of other loving family and friends.

Cremation arrangements are under the direction of Wilson-Orwosky Funeral Home of Emory,

To order memorial trees or send flowers to the family in memory of Willie Davis, please visit our flower store.