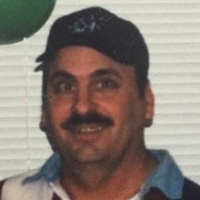 “Pee Wee” passed away on Friday, June 22, 2018 at Hunt Regional Healthcare in Quinlan, Texas. He was born on February 24, 1955 in Dallas, Texas the son of Joe Wesley and Joyce Chambers Miller. He was a truck driver.

He was preceded in death by his parents, and a son, Truman "J.R." Miller, Jr.

To order memorial trees or send flowers to the family in memory of Truman Miller, Sr., please visit our flower store.