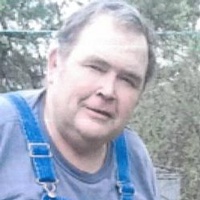 Troy Laveral Brimer, age 59, of Emory, passed away Monday morning, Feb. 13, 2017, in Christus Mother Frances Hospital in Sulphur Springs.
He was born March 30, 1957 to Alfie Laveral and Ada Joan Kerby Brimer.
He married Ruth Ann Weatherford on June 27, 1981, in Point. They were married some 35 years.
Troy worked as an assembler/installer for L-3 in Greenville.
All of these statistics about Troy simply fade when one thinks about the true statistic that Troy would have you know.....That is that he
loved his Lord and Savior with all his heart....during his several years of failing health....he did not lean toward his own understanding...but, rather in all his ways he acknowledged the Lord and the Lord directed Troy's paths...
Those leaning on the Lord's strength... and resting in His arms are:
Wife: Ruth Ann Brimer of Emory;
Daughters: Amy Wheeler (Randy) of Emory; and, Meagan Brimer of Emory;
Son: Michael Brimer (Jerica) of Emory;
Brother: Roy Brimer (Tammy) of Emory;
Sister: Joy Beaird (Robert) of Emory;
Grandchildren: Andrew and Raylee Wheeler; and, Taylor, Taytum, and
Lilly Belle Brimer;
Numerous other loving family and friends;
Preceded in death by: Parents

To order memorial trees or send flowers to the family in memory of Troy Brimer, please visit our flower store.