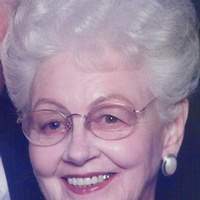 Mrs. Tommie Jean Lennon, age 89, of Point, passed away during the early morning hours of Friday,
March 23, 2018, in Senior Suite Care and Rehab in Emory.
Mrs. Lennon was born May 14, 1928, in Campbell, to Alva Dent and Annie Pauline Kelly Clark.
She married Norwin William Lennon, in Cumby, on December 13, 1947.
She earned her Masters Degree of Education at East Texas State University, in Commerce .
Tommie taught Homemaking classes at Rains High School until her retirement.
She was a member of Emory Baptist Church and the Ruth Sunday School Class.
Other organizations she participated in were the TEL, of which she was the president for many years, and the
Quinlan Chapter of the Eastern Star.
Serving as pallbearers for her service are: Jesse Weaver, Frank Weaver, James Weaver, Thomas Jenkins,
Greg Ventura, and, Tony Clark.
Survivors include:
Son: Larry William Lennon and wife Pattie of Point
Daughter: Vicki Annette Weaver and husband Ernie of Point
Grandchildren: Amy Ventura, April Jenkins, Jesse Weaver, Frank Weaver, and James Weaver
Great-grandchildren: Roman and Aaron Ventura; Brianne, Valerie, and Wesley Jenkins;
Jaxon and Blakely Weaver
Numerous other loving family and friends.
Preceded in by: Parents; Husband in 2005; Brother, Frankie Dee Clark

To order memorial trees or send flowers to the family in memory of Tommie Lennon, please visit our flower store.