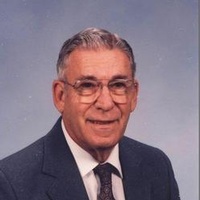 Thomas Jefferson Ivey, 93, of Rains County, passed away Monday, June 2, 2014, at his home. Funeral service will be held Monday, June 9, 2014, 12:00 noon with visitation one hour prior at 11:00 AM. Bro. Joe Perkins will officiate. Interment will follow in Rose Hill Cemetery in Tyler.

He proudly served his country in the United States Army in the South Pacific WWII. He retired, after 35 years, as electrical engineer from Texas Power and Light. He was a member of Emory Baptist Church.

Grandsons will serve as pallbearers.

Numerous other loving family and friends.

Be sure to sign the online guestbook to leave a message for the family.

To order memorial trees or send flowers to the family in memory of Thomas Ivey, please visit our flower store.