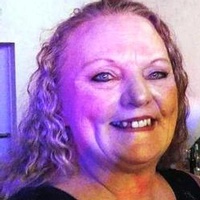 Shirrl Lynn Hollock, age 56, of Emory, passed away unexpectedly at her home, on Wednesday, August 23, 2017.

Shirrl was born on December 29, 1960, in Dallas, to Jesse Edward and Sarah Lula Pearl Ivy-Simms Hollock. She worked as a private investigator for a Dallas based company. She was a loving mother and grandmother and she will be missed.

Grandchildren: Oak Aiden Steele, and twins due in January;

Cremation arrangements are under the direction of Wilson-Orwosky Funeral Home of Emory.

To order memorial trees or send flowers to the family in memory of Shirrl Hollock, please visit our flower store.