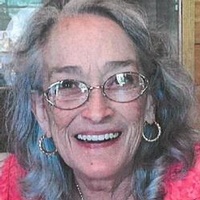 Sherry passed away Monday, April 24, 2017, at U.T. Health Northeast, in Tyler.
She was born May 19, 1949 in Greenville to Eddie Leon and Etta Mauretta Morrow Thompson, Sr.
She raised her family while working a number of different jobs.
She worked for an architectural firm; she had a cake making business...fancy birthday, wedding, anniversary or any cake ordered..
they were all beautiful, and created with love.
She worked the last many years as manager of the Bent Tree Motel.
Sherry loved her children and grandchildren and wanted to be a part of their lives from the time each of them was born.
She was a member of Emory Baptist Church.

To order memorial trees or send flowers to the family in memory of Sherry Allen, please visit our flower store.