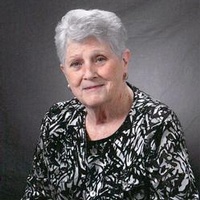 Shelley Ann Turner, 72, of Yantis, passed away Wednesday, June 18, 2014 at her home. Memorial service is scheduled for 4:00 PM, Friday, June 20, 2014 at the Lake Fork Baptist Church. Rev. David Smith and Rev. Arlis Banks will officiate. Interment will be at a later date, still pending, in Sunset Memorial Cemetery in Nacogdoches.

Shelley was born in Texarkana, AR on November 28, 1942 to David Wood and Dorothy Elizabeth McLain Nash. The family moved to Hope, AR and lived there for 12 years before moving to Nacogdoches, TX. She married Jerry Turner in Nacogdoches on October 19, 1974, second marriages for both. They created a loving, blended family that has lasted some 40 years.

She and Jerry moved to Dallas, TX in 1977, then to Montgomery, AL in 1979 and Richmond, VA in 1981 before moving back to Arlington, TX in 1985. They retired to Lake Fork in 1997. They made lasting, lifelong friendships wherever they lived.

Shelley was a member of Lake Fork Baptist Church. During her lifetime she worked in many different positions in the banking industry, in several different towns wherever they lived. Shelley was also a member of Eastern Star.

In lieu of flowers donations may be made to Lake Fork Baptist Church.

To order memorial trees or send flowers to the family in memory of Shelley Turner, please visit our flower store.