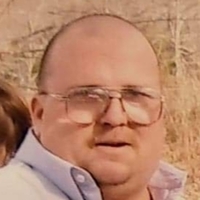 while asleep, at his residence.

Derrick was born Nov. 22, 1977, in Columbus, Ohio, to the parentage of James and Eva Myers Hayden.

to talk and was unable to pronounce "Derrick".....his new name became "Coot" and has continued

with the three nephews and even other members of the family.

His main hobby or pass-time was fishing. He loved to fish Lake Tawakoni,

or, the Fork or wherever he could bait a hook and fish.

Also, one way to identify Derrick, if you didn't know him, was if he was

carrying and drinking a Dr. Pepper!! That would be a for sure give away...

Derrick was a huge fan of the Dallas Cowboys...and, would not miss a

game shown on television. He was also a big fan of the Lone Oak Buffalos.

If he wasn't sitting in the bleachers watching the game, he could be found in his

car listening to it on the radio. But at any point during the game, Derrick

would be able to tell you the score.

Derrick was a Christian and attended church at Resurrection Morning Church

He loved his family and enjoyed time spent with them.

Those left in this world to cherish his memories include:

Sisters: Melissa Thomas and husband Russell of Rockwall; and,

Derrick was preceded in death by his Grandfather, Weldon Myers

To order memorial trees or send flowers to the family in memory of Shawn Hayden, please visit our flower store.