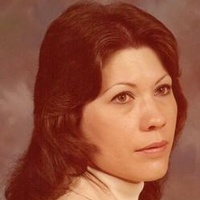 Sandra Kay Jones age 69, of Emory, passed away in the early morning hours of Wednesday, May 31, 2017, at Senior Suite Care and Rehab in Emory.
She was born in Dallas, Feb. 4, 1948, to Travis Hershel (Tab) and Julia Mae (Dodie) Lynch Northcutt.
During her working years, she worked as a CNA in nursing homes, as
well as a house mother in a MHMR facility.
She attended First Assembly of God Church in Emory.
Sandra loved her children and grandchildren and was very proud of all of them.
Survivors include:
Daughter: Kimberly Davis (Jeff) of Damon;
Son: Eric Jones (Casi) of Emory;
Mother: Julia Mae (Dodie) of Emory;
Sister: Tabbie Privett (J.D.) of Emory;
Grandchildren: Stormye Diller, Paylen Jones, and Scott Davis;
Great-grandchildren: Emmett Diller, Cameron Davis, and Owen Davis;
Numerous other loving family and friends;
Preceded in death by: Father, and, Granddaughter, Natalie Davis

To order memorial trees or send flowers to the family in memory of Sandra Jones, please visit our flower store.