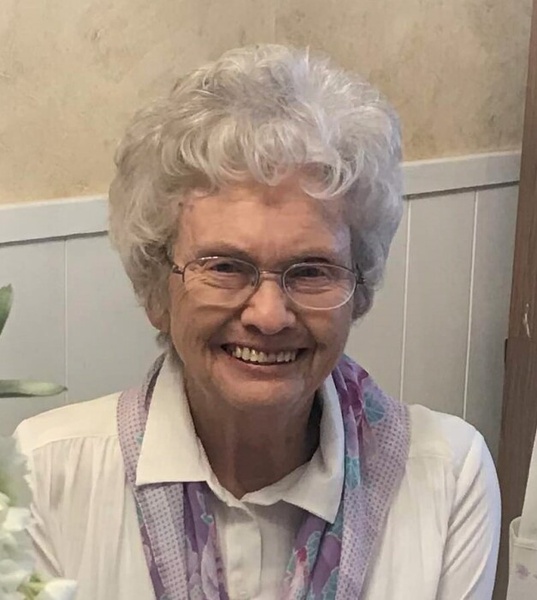 Ruby Ann Willis Perry, 86, of Lubbock, departed this world Thursday, May 28, 2020, following an illness.  There will be no service at this time.

She was born in Broken Bow, OK, January 22, 1934 and was the sixth, of eight, children born to C.D. and Elsie Mae Willis.  She attended Slaton Schools and Draughn’s Business College.  She married Troy A. Perry June 20, 1964 at Chapel Hills Baptist Church in Lubbock.

Ruby was a member of Southcrest Baptist Church and she and her husband were involved for many years in nursing home ministries.

She is survived by son, Doug Carey, and wife Veta, of Waupaca, WI, daughter Judy Holton, and husband Dale, of Emory TX; four grandchildren, Jana Fry, Becky Perrin, Aaron Carey and Casey Carey and 15 great-grandchildren.  She is also survived by brother George Willis and sisters Betty Lamb and Opal Roberts all of Lubbock.

She was preceded in death by husband, Troy, grandson, Josh Holton, her parents and three brothers.

John 13:1, “Jesus knew His time had come to depart this world and go to the Father, having loved His own which were in this world, He loved them unto the end.”

Arrangements are under the direction of Wilson-Orwosky Funeral Home of Emory.  Online guestbook is available at www.wilsonorwoskyfuneralhome.com.

To order memorial trees or send flowers to the family in memory of Ruby Perry, please visit our flower store.