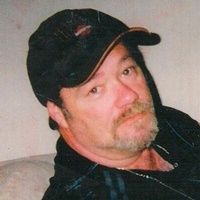 Ronnie Dean Jones, age 57, of Emory, passed away at his home on Monday morning, April 2, 2018.
He was born in Dallas, September 11, 1960, to James Norvell and Susette Martin Jones.
During his working years, he was a mechanic, owning his own shop for several years.
He loved to tinker around his house on anything that needed fixing or worked on. He could fix
almost anything that was broken.
Ronnie was a Harley Davidson man for sure. He loved motorcycles all of his life...even when he
was very young he would ride motor scooters or motorbikes .... anything resembling a motorcycle
or any form of transportation where he felt freedom and wind and open roads!
He loved his children, and, especially his grandchildren!.......camping, being outside, anything that
meant being with his family.
Survivors include:
Diane Jones Valentine: Mother of his children ...of Lone Oak
Sons: Jason Jones and wife Amanda of Scurry; and,
Brandon Jones (Judy Busbee) of Alba
Daughter: Sheila Grimes of Emory
Grandchildren: Katelenn Jones; Raven Ayers; Kayla Jones and Kayden Jones; Mason Jones;
Marissa Smith; and Jamon Bushman
Father: James Jones of Waxahachie
Grandfather: Will Allen Lee (Papa Lee) of Terrell
Sister: Luwanna Jones May of Waxahachie
Brother: Dennis Keith Jones of Mabank
Numerous other loving family and friends
Preceded in death by: Brother, Ricky Don Jones; and,
Grandmother, Emma Lee (Mama Lee)

To order memorial trees or send flowers to the family in memory of Ronnie Jones, please visit our flower store.