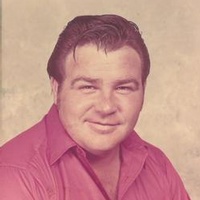 Funeral service is scheduled for Thursday, January 7, 2016, 2:00 PM, at Wilson-Orwosky Funeral Home Chapel in Emory. Bro. Bill Cooper, Jr. will officiate. Interment will be at Woosley Cemetery. Visitation will be one hour prior from 1-2 PM.

Ronnie was born on March 12, 1941, in Wichita Falls to Thomas Doyle and Goldie Ola Williams Buffington. He married Carolyn Joyce Kelley in Durant, OK on July 19, 1968. Ronnie has worked most all his life as a self employed painter. He was a member of the Christian faith and of Union Bower Assembly of God Church in Irving. He enjoyed deer and turkey hunting and going fishing...a great outdoorsman! He had fun singing and impersonating Elvis. He loved his kids and grandkids very much! He was a hard worker with a strong take charge character. He was a like a big teddy bear with a tender heart. He was loved by so many and will be missed greatly.

Visitation 1 hour prior from 1-2

Visitation 1 hour prior from 1-2

To order memorial trees or send flowers to the family in memory of Ronnie Buffington, please visit our flower store.