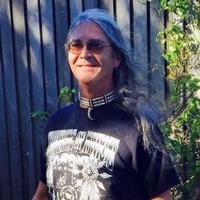 Mr. Motes was born June 21, 1958, in Southall, England, to the parentage of William Eugene And Jacquline Anne Taylor Motes. During his working career he was a machinist. He was a veteran, serving in the U. S. Air Force as a Radio Relay Equipment Specialist. He married Cindy Irene Marshall on April 18, 2013, in Garland. Mr. Motes is survived by his wife of Emory; son Dustin Motes and wife Hallie of Minnesota; daughter, Angela Marshall of Red Oak; sister Elizabeth Shoemaker and husband Jimmy of Tyler; brothers, Richard Motes and wife Charlotte of Whitehouse, and William Gage, and wife Rita of LaVerne; grandchildren, Kegen, Lorlie, and Austin. Numerous other loving family and friends. He was preceded in death by his parents and brother, Lloyd Motes in 2018.

A Memorial service will be held at a later date at DFW National Cemetery.

To order memorial trees or send flowers to the family in memory of Ronald Motes, please visit our flower store.