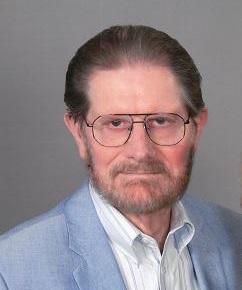 Richard Lee Bryan, age 77, passed away early morning on Thursday, August 4th at his home in Emory, Texas with his loving wife of 28 years by his side. Richard was born in Dallas on December 21st, 1944.  He retired from Texas Instruments after 32 years and worked briefly as a consultant for Honeywell.  After retirement, he devoted the rest of his years as a faithful member of Emory Baptist Church and was passionate about helping his church, neighbors and friends.  While his love for vintage cars was strong, Richard enjoyed time exploring with Bev in their RV. Richard was a loving father, husband, brother, son, and Papa whose humor and voice never failed to light up a room.

Richard was preceded in death by his parents, Roy and Alline Bryan.

He is survived by his wife, Beverly Bryan of Emory; brother, Ron Bryan of Galveston; son Preston Bryan and wife Camille of Frisco; daughter Tiffany Walters and husband Rob of Round Rock; and his five grandchildren, the joys of his life, Cole Bryan, Conner and Riley Yarbrough, Tyler and Ashtyn Walters.

In lieu of flowers, Richard wished for donations to be made in his memory to Emory Baptist Church in support of growth and development of the Family Life Building. Please visit https://secure.etransfer.com/eft/flexblockcode/donation1.cfm?d2org=EmoryBaptistChurch&d2tool=donate to donate today.

To order memorial trees or send flowers to the family in memory of Richard Lee Bryan, please visit our flower store.