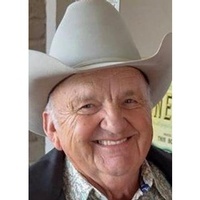 Phillip Wayne Russell, age 83, of Emory, passed away Tuesday, April 2, 2019 at Christus Mother Frances Hospital in Tyler. He was born on September 7,1935, in Emory, to the parentage of Alma Payne and Lillian Samford Russell.

He was quite an intelligent boy...during his years at Emory High School, he was advanced one grade up...allowing him to graduate from school at the age of sixteen years old. Honorable mention is in order that he not only graduated early....but, he graduated as Salutatorian of his class. Phillip worked for Texas Instruments for a period of years, then worked for DSC/ALCATEL where he held the position of director of planning of operations at the time of his retirement in 1999. Also, Phil ran a horse ranch and a cattle operation. His heart was first with his cattle operation...for many years... and then with his cattle and horse operations. Phil started building his horse operation up by artificially breeding his mares to horses that were proven barrel racing stock. At this time of the year, he was enjoying having a foaling crop being born almost every day. He married Kathy Sue Bailey Hazlitt on December 1, 2006 in Forney. They were married for some twelve years. He will be missed by a large family, as well as, a huge number of friends.

His step-daughters: Kara Underwood (David Ring) of Emory; and,

Preceded in death by: Parents; Step-Mother, Gladys Potts who raised him from the age of 7 years old; wife, Wanda Mears Russell (who was married to Phillip for some 50 years and the Mother of his children) passed away in 2006; Brothers, Billy Russell, Jerry Russell; Step-Brothers: Doris Potts & William Potts; Brothers-in-Law: Marvin Moser & William Myers.

Internment will be in Smyrna Cemetery following the service.

Internment will be in Smyrna Cemetery following the service.

To order memorial trees or send flowers to the family in memory of Phillip Russell, please visit our flower store.