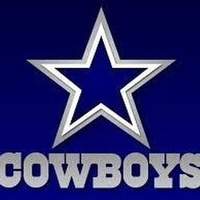 Phil Tom Harris, 73 , of Emory, passed away in Sulphur Springs today, January 9, 2018. He was a resident of Carriage House Manor,
Phil was born in Commerce, Nov. 22, 1944, to the parentage of
Philip Louis and Elizabeth Reene Neely Harris.
He married Jacque Shirley Stevenson in Durant, OK on Dec. 8, 1961.
During his working years, Phil worked as a funeral director.
Phil and Robert Wilson were the foundation owners of Wilson-Harris Funeral Home in Emory. After years of service to the funeral home, and as his legs were beginning to fail him, he sold his partnership to Gene Orwosky, thus the funeral home became the Wilson-Orwosky Funeral Home, still in Emory.
Phil was in and associated with many organizations, and held several
positions, such as, Constable of Rains County, he was on the Child Welfare Board, he was a certified peace officer, as well as, a master gunsmith.
Survivors include:
Wife: Shirley Harris of Emory;
Son: Phil Tom Harris, Jr., and wife Margaret Anne of Emory;
Daughter: Jacquelyn Reene Shedd, and husband David of Mesquite;
Grandchildren: Zachary Harris, Austin Harris, Kelsey Varner, and Jordan Story;
Great-granddaughter: Scarlette Eve Harris;
He was preceded in death by: his parents, and grandson, Matthew Dane Shedd

To order memorial trees or send flowers to the family in memory of Phil Harris, please visit our flower store.