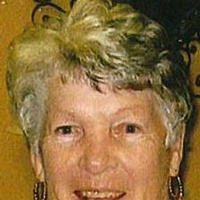 Peggy Jean Knott, age 84, of Emory, passed away mid-day Thursday, August 25, 2016, in Sulphur Springs at Christus Mother Frances Hospital.
She was born February 21, 1932, in Greenville to Albert Walter and Era Mae Jones Crabb.
She married Joe Franklin Knott in Greenville, on December 13, 1950.
To this union was born five children, one of whom died the following day.
Peggy was a homemaker and wife most of her life....however, she was
a beautician in her younger years.
She was a member of McArthur Blvd Baptist Church in Irving.
She will be missed by all who knew her.
Left to treasure her memories are:
Son: Kyle Knott (Regina) of Little Elm;
Daughters: Deborah Knott of Emory; Patti Clifton (Cliff) of Lewisville; and Lou Sharp (Roger) of Emory;
Sister: Shirley Gregory of Emory; and Brother: James Crabb of Mt. Pleasant;
Grandchildren: Brian Morgan; April Mathers; Craig Clifton; Jennie Clifton; Cody Knott; Hank Knott; Kristin Lynch; Nicki Villegas; and Drew Sharp;
Great-grandchildren: 14;
Great-great-grandchildren: 1;
Numerous other loving family and friends;
Preceded in death by Parents; husband, Joe Franklin Knott, in 2010; Infant son, Darrell George Knott; and Brother, Wayne Crabb

To order memorial trees or send flowers to the family in memory of Peggy Knott, please visit our flower store.