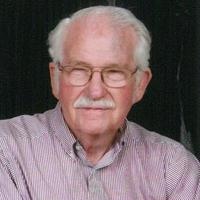 Funeral service for Oren Van Northcutt will be held on Friday, Oct. 4th, 2:00 pm at First Assembly of God Church in Emory.

Oren was born in Emory, on December 24, 1936, to the parentage of James Elmer (Alex) and Panthea Read Northcutt. He married Linda Manning, and they were together for 43 years.

Though Oren only went to the 10th grade in high school, he took several business courses, and read many books learning how to do almost anything. Oren was a self-taught and self-applied learner in his own right...in efforts to improve upon an item, or design them. He could design a tool or part for what he needed at that moment or for future use. He was known for sketching on just about anything , whether it was on paper, paper sacks, napkins, or the tablecloth.

During his working career he founded a company, that started in Duncanville, then moved to Point. This became the foundery for making parts and other tools....and, thus the birth of Dal-Air Tool Company, Inc.

Oren designed and got patents on five different tools. However, the most popular one was called the DATCO AIR RATCHET WRENCH... which he later sold the patent to Snap-On Tools.

After tiring of the manufacturing business at Dal-Air, he turned it over to his general manager and pursued something else. He started a computer business in 1987 in Greenville, in which he took his daughter Judy with him. His son Ron joined him in the computer field. After tiring of the computer business he turned it over to his son and daughter. He then went back to manage the foundry Dal-Air.

He and Linda moved to Point and later sold Dal-Air in 2007. Instead of retiring he built Accurate Building Products, a SIP (Structural Insulated Panels) used for building energy-efficient homes in 2009. He finally decided to retire and closed ABP in 2018. He and his buddy invested a little money in the stock market as a hobby.

Oren was a man of yesterday, a man of integrity, true to his word, honest in all his business endeavors...he was a man during the day when a handshake was all that was needed to seal a deal or confirm an obligation...men of his era learned to work with what they had because these men were "fixers" of whatever was needed in the home, workplace or under the hood of a car...(perhaps a certain 1962 Ford Thunderbird??)

Oren Van Northcutt will be sorely missed by so many family and friends who loved him and appreciated his genius...in his way of life, way of business, his way of continually designing his tools...changing something about the tool to make it more efficient or a safer one.

Oren loved his family and imparted his wisdom to all of them...his children, grandchildren, and great-grandchildren.

In lieu of flowers, the family wishes donations be made to:
Rains County Good Samaritans
220 Doris Briggs Parkway
Emory, TX 75440

To order memorial trees or send flowers to the family in memory of Oren Northcutt, please visit our flower store.