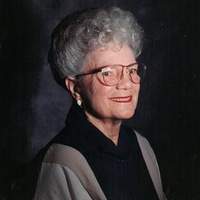 OJ was born on January 16, 1926, in Electra, TX, to John Clay "Jack" and Ruth Myrtle Webster Brackeen. She married Eldridge Aubrey Rogers II, in Archer City on November 14, 1943. She worked and retired from the U.S. Postal Service.

To order memorial trees or send flowers to the family in memory of OJ Rogers, please visit our flower store.