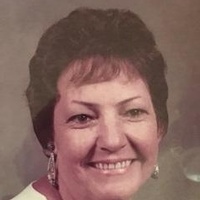 Nita passed away on Friday June 29, 2018 at her residence. She was born on February 5, 1945 in Marquez, Texas. She was a homemaker. Nita and James Edward Woodson were married on March 30, 1985 in Greenville, Texas.

She was preceded in death by her parents and one sister.

To order memorial trees or send flowers to the family in memory of Nita Woodson, please visit our flower store.