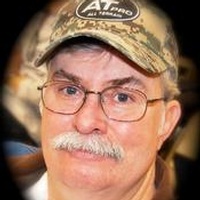 Funeral service for Monty Gene Smith, 56, of Point will be held Monday, September 9, 2013 at 10:00 AM at the Wilson Orwosky Funeral Home Chapel in Emory. Brother Robert Burns will officiate. Burial will follow in the Pilgrims Rest Cemetery #1. Visitation will be Sunday afternoon from 4:00 - 6:00 PM at the funeral home. Mr. Smith died Friday, September 6, 2013 at his home.

Mr. Smith was born to Bobby Lee and Patsy Lorraine Loflin Smith on December 31,1956 in Dallas. He married Gloria Jean Grubb on June 10, 1989 in Point. He was employed at Halliburton in Carrollton, as a machinist, for 34 years.

To order memorial trees or send flowers to the family in memory of Monty Smith, please visit our flower store.