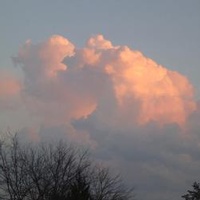 Mary Joyce Carrell, 72, of Emory, passed away Saturday, September 6, 2014, at Baylor Hospital Hospice, Dallas, after a lengthy battle with ovarian cancer. Funeral service will be held on Thursday, September 11, 2014, at 10:30 AM, at Point Church of Christ. Interment will follow at Willow Springs Cemetery. Visitation will be at the Wilson-Orwosky Funeral Home Chapel on Wednesday evening September 10, from 6-8 PM.

Mrs. Carrell was born at Philips Hospital in Greenville on July 16, 1942, to Wyatt Estle and Frances Sue Armstrong Willis. She married Charles Stanley Carrell on November 6, 1964 in McKinney.

After graduating from McKinney High School she received her bachelor's degree in Business Administration from the University of North Texas and completed certifications in Adult and Community Education from Texas A&M College Station and Personnel Management from Universtiy of Texas Arlington. She began her career with the Graduate Research Center (now University of Texas at Dallas) as Secretary to the Director of Mathematical and Stochastic Systems and was later promoted to Assistant Personnel Officer.

As a stay-at-home Mom for 12 years, she worked part-time typing and editing the three volume manuscript: GLC and HPLC of Therapeutic Agents for Marcel-Dekker, a NY publishing company, and over saw all the Adult Education and GED classes in Collin County as well as substitute teaching at McKinney Job Corps.

In 1981 she began her career at Princeton ISD as Director of Special Programs where her duties were to serve as the Public Relations Officer, Director of Adult and Community Education, instituting and overseeing the Alternative School as well as writing and overseeing several federal grants. She was published in the Catalyst for Change as well as compiled and edited two editions of Princeton Area History . Mrs. Carrell received numerous Texas Schools Public Relations Association state awards and two national awards for the construction of a solar greenhouse in partnership with Texas New Mexico Power Company and for the Princeton Area History books. She served as a member of the focus group which helped produce the "Guide for Preventing and Responding to School Violence" published by the international Association of Chiefs of Police. Mrs. Carrell was voted Citizen of the Year by the Princeton Chamber of Commerce and lobbied at the State Capital for the widening of HWY 380.

After retirement in 2003, the Carrell's moved to the Willis family farm in Emory, TX.

She is preceded in death by her parents.

In lieu of flowers, the family has requested donations be made to the Youth Ministry at Point Church of Christ, P. O. Box _____, Point, TX 75472.

To order memorial trees or send flowers to the family in memory of Mary Carrell, please visit our flower store.