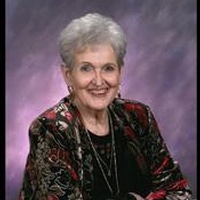 Funeral services for Louise Wanette Fleetwood, age 87, were held January 11, at Wilson-Orwosky Funeral Home Capel. Interment followed in the Smyrna Cemetery with Bro. Joe Perkins officiating. Mrs. Fleetwood died January 7, 2013, at her family home. She was born in Covington on April 6, 1925, to Louis Logan and Lola May Walker Dyer. She married Haskell Fleetwood on August 8, 1949, in Andrews. She was a member of Emory Baptist Church and attended the Ruth Sunday School class. Mrs. Fleetwood was a lifetime member of Texas Lions, served as president of Loiness Club of Lake Tawakoni in 1988-89, and was Grass Roots Lion of the year for 1988-89. She served on many local committees, volunterred and loved to play bridge. She was an avid Texas Rangers baseball fan and attended all of her children's, grand-children's and great-grandchildren's sporting events. Suvivors include her daughter, Glenda Anne Holmes of Duncanville, sons, Haskell Fleetwood Jr. and wife Cindy of Rushville, Illinois, and Gary Fleetwood and wife Marilyn of Point; sister, Ruby Jewel Raymond of Odessa; eight grand-children; seven great-grandchildren; numerous other family members; friends; church family; and members of the Ruth Sunday School class. She was preceded in death by her husband on January 7, 2003; her parents; two brothers; and two sisters.

To order memorial trees or send flowers to the family in memory of Louise Fleetwood, please visit our flower store.