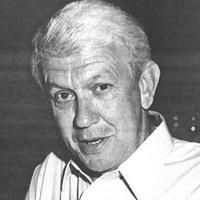 Lonnie Stone passed away on August 31, with his family by his side.

He served his country in the U.S. Air Force, where he was stationed in France.

He had a successful career in management, in the copier business, highlighted by his long tenure at XEROX Corporation.

He attended Lake Country Bible Church in Mineola, TX prior to moving to Irving.

As well as, nieces and nephews; and many other loving family and friends

To order memorial trees or send flowers to the family in memory of Lonnie Stone, please visit our flower store.