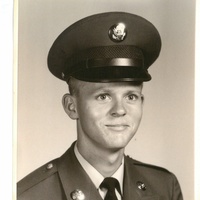 Joseph "Knob" Darnell Rhodes passed away at his home, in Point, on the morning of March 30, 2019.

He was born July 26, 1948, in Point to the parentage of James Earl Joseph Stanford and Eva May Brown Rhodes.

After graduation, he served his country in the U.S. Army.

During his working career, he worked mostly as a sandblaster for DalAir in Point.

He is survived by:

Sons: Mathew Walthall of Denton; and

Following the funeral service on Friday.... Interment will be in Lone Star Cemetery.

Following the funeral service on Friday.... Interment will be in Lone Star Cemetery.

To order memorial trees or send flowers to the family in memory of "Knob" Rhodes, please visit our flower store.