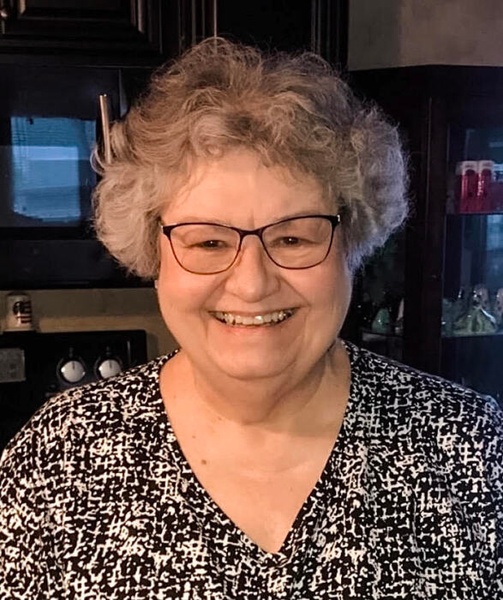 Judy Kay Holland Gallimore passed away Monday, March 1, 2021 at the age of 73. She was born July 29, 1947 in Lansing, Michigan to Katherine Smith and was later adopted by Clarence and Irene Holland of Fort Worth, Texas. She attended University of Texas at Arlington and graduated with a Bachelor of Arts degree, but more importantly for her story, that is where she met the man that would become her husband and best friend for 52 years, Richard Gallimore. Judy is survived by her three children to whom she was the wisest, most loving, generous person on the planet - Shawn Gallimore (wife Carol) of Princeton; Stacey Granhold (fiancé Keith Spangler) of Paris; Shannon Diers (husband Peter) of Keller. Judy was a beloved Neenie to her seven grandchildren – Michelle St. John (husband Mikel) and Courtney Shepherd (husband Robert); Zachary, Jacob and Madelyne Granhold, and Christopher and Kathryn Bird. She recently was elated to become a great-grandmother with three new additions to the family and a fourth on the way (Gideon Mikel St. John, Ava Grace Granhold, Paxton Joe Shepherd, Baby St. John coming soon).

Mom’s is a story woven from an unknown beginning, a deep and unwavering faith, and total devotion to her family. She worked as a caseworker for the Texas State Commission for the Blind for a time, training newly blinded adults skills for living on their own, teaching them to read Braille, and maintain employment. When her children began to arrive, Judy made it her mission to raise thoughtful, compassionate children of faith and made sure we were actively involved in all aspects of our church home.  She celebrated our differences and loved each of us the perfect way that we needed to be loved. We are unsure when Mom was formally adopted as the documentation surrounding the event is sparse. Two birth certificates with two different sets of parents, stories passed back and forth, all of which left Mom wondering her entire life where and how her earthly journey began. In her late 40s she was able to connect with her half siblings, all of whom shared the same mother and finally she found others with whom she shared a resemblance.  To talk about Mom without including her cooking is impossible. Mom’s ability to go into any pantry and make a remarkable meal regardless of what was available is the stuff of legends. Her holiday meals were almost a religious experience. Sit down Sunday dinners every week after church, dinner on the table for Dad every night when he got home from work, desserts, baked goods (those homemade cinnamon rolls!); Mom’s kitchen was a place of gathering, of laughing, of eating, and of family. Where do I start about all the things she was? Scrabble extraordinaire (complete with a certified Scrabble dictionary that contained words I’m still not convinced are real), music enthusiast (she would put a Beatles record on, or the soundtrack to Hair – turn it up full blast and that’s what we’d clean the house to every Saturday), the finder of lost things (still don’t know how she managed to do it, but if it was lost it would be found within 10 minutes of her showing up to look), a mother to EVERYONE (friends, neighbors, kids in the grocery store – she had that innate ability to nurture and soothe), animal lover (any animal really, although she had a special fondness for elephants – I’m convinced because of the way they mother and rally around their young). Most importantly, she was a daughter of Christ. It was the absolute core of who she was and she took every opportunity to share her testimony, to educate, to study and she never stopped absorbing the scripture.

Mom was preceded in death by her soulmate, our beloved father, just 45 days before she joined him upstairs. While we are grateful they have been reunited in the arms of our eternal Father, the void left behind is immense. We were blessed to be gifted them as parents and will be forever better for being raised by such amazing human beings. They will be deeply missed by all those who were fortunate enough to know them.

The family will be holding a celebration of the lives of Richard and Judy at a time to be determined at a later date.

To order memorial trees or send flowers to the family in memory of Judy Gallimore, please visit our flower store.