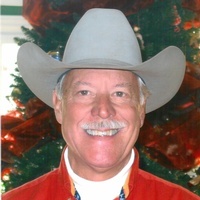 A celebration of life for Jan Paul “J.P” Benedict of Alba, Texas will be held at 12:00 P.M. on Thursday, February 21, 2019, at Lake Fork Baptist Church with Bro. Perry Crisp officiating. Mr. Benedict passed away peacefully, surrounded by family and dear friends on February 14, 2019, in Texas.

J.P. was born June 7, 1944, in Hastings, Michigan, to Gretchen and Paul Benedict. He was a member of the Epsilon Nu Chapter of Psi Upsilon Fraternity at Michigan State University, Class of 1967 and graduated from MSU with a Bachelor’s of Science degree in Zoology/Chemistry. J.P. was called to serve in the armed forces during his senior year of college and enlisted in the United States Army for Officer Candidate School. During his tour in Vietnam, he was 1st Lt. and Platoon Leader of the 1099 Transportation Company, nicknamed the 1099th River Rats. He received the following citations/commendation awards: N.D.S.M, USM, VCM, ARCOM and 2 O/S Bars. After serving our country in the Vietnam War and receiving an Honorable Discharge, he pursued and obtained his Juris Doctorate Degree at the Valparaiso School of Law in 1973. He was a member of the State Bar of Michigan and began his career as a prosecuting attorney for Ingham County, Michigan, before going on to private practice until 2004. J.P. and Brenda married in 1998. After moving to Texas in 2004, they purchased a Dairy Queen, which they are very proud of. J.P. was also an instrument rated, private pilot. He was an avid outdoorsman. J.P.’s love for horses began at their farm in Michigan. He was an active member of the NCHA (National Cutting Horse Association), ACHA (American Cutting Horse Association) and WCHA (World Cutting Horse Association). He was very passionate about his horses and won numerous awards in cutting competitions.

J.P. always said that he wasn’t born in Texas, but he got here as fast as he could! His sons remember him as a strong leader who encouraged them to pursue their goals. He adored and enjoyed watching his grandchildren grow and loved teasing them; especially telling his little granddaughter that he was going to be better looking than her in the morning! His friends remember him as a warm, gentle and caring man; strong and determined with a wonderful sense of humor. He was a loving husband, father and “Bapa” and will be greatly and dearly missed by his family, friends and brothers in arms.

He was preceded in death by his parents and his brother, Peter Benedict, of Michigan.

A special thank you to Dr. Bernard Taylor and his staff and the medical professionals at Christus Good Shepherd Medical Center.

Memorial contributions can be made in his honor to St. Jude’s Children’s Hospital, www.stjude.org.

To order memorial trees or send flowers to the family in memory of J.P. Benedict, please visit our flower store.