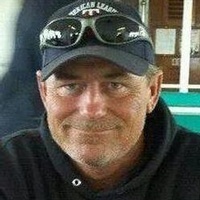 Johnny Lloyd Simmons, 47, of East Tawakoni, passed away unexpectedly at his home on Wednesday, August 6, 2014.

Visitation is scheduled for Sunday, August 10, 2014 at Wilson-Orwosky Funeral Home Chapel from 2-4 PM.

Mr. Simmons was born on November 11, 1966 in Cuero, Texas to Edna Marie Henrichs. He married Misty Dawn Pickle in Mineola on August 23, 1997. He was an oil field truck driver for Triplex Pump Truck Service.

To order memorial trees or send flowers to the family in memory of Johnny Simmons, please visit our flower store.