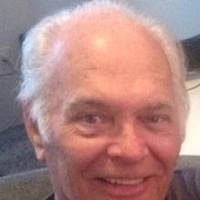 A family Memorial service for John Lee Moody, age 79 of Point, Texas, will be held at a later date.

John passed away on Saturday, June 30, 2018 at his residence. He was born on April 3, 1939 in Yoakum, Texas the son of Roye V. and Evelyn Hooten Moody. He was retired from the City of North Richland Hills, Texas where he worked as Superintendent of the Utility Department. He grew up in Grand Prairie, Texas and was a graduate of Grand Prairie High School and Lon Morris College in Jacksonville, Texas.

He is preceded in death by his parents; a sister, Annelle Moody; and a grandson, Justin Propps.

Funeral Arrangements under the direction of Wilson-Orwosky Funeral Home

The online register can be signed at:

To order memorial trees or send flowers to the family in memory of John Moody, please visit our flower store.