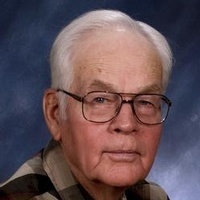 John Henry Mierzwik, 85, of Emory, passed away on February 16, 2014.
He was born on July 6, 1928 in Kileen, Texas. He married Margaret Duhr on August 5, 1950 in Dallas, Texas. John joined the Air Force and worked for the Federal Government for 38 years and retired in 1983. After retiring John opened J-Mar Recycle Shop in Emory. He enjoyed fishing and hunting in his free time as well as traveling with his wife.
John was a member of Emory Baptist Church and Sword of the Spirit Sunday School class. He was a member of many local organizations and was a Mason.
He is survived by his wife of 63 years; his son, Ken Mierzwik and wife Pat of Quinlan, Texas; daughter, Debbie and husband Mike Kernen of Oklahoma City, Ok; four grandchildren; three great grandchildren; and five sisters.
He is preceded in death by his parents, 1 brother and 2 great-grandchildren.
Services will be held at 2:00 pm on Thursday, February 20, 2014 at Emory Baptist Church. Visitation will be held 5-7 pm on Wednesday, February 19, 2014 at Wilson-Orwosky Funeral Home Chapel.

To order memorial trees or send flowers to the family in memory of John Mierzwik, please visit our flower store.