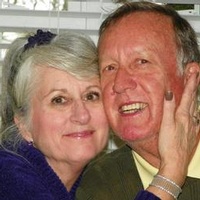 John Thomas Brown, 75, of Point, passed away Wednesday, May 21, 2014 at Hospice of East Texas in Tyler. Funeral service will be held Sunday, May 25, at 3:00 PM, at Believers' Baptist Church in Emory, with Bro. Jason Rolen officiating. Visitation will be held one hour prior to the service from 2:00-3:00 PM, at the church. Burial will follow at the Emory City Cemetery. Wilson-Orwosky Funeral Home is in charge of arrangements. Online guestbook may be signed at www.wilsnorwoskyfuneralhome.com.

John was born October 12, 1938 in Midland, to A.J. Oliver and Jewel Annette Blackburn Brown. He married Donna Sheryl Ashley in Beaumont, on December 30, 1971.

He retired from the Texas Army National Guard after 34 years, 10 months and 12 days; 4 years of which was active duty in the United States Army.

To order memorial trees or send flowers to the family in memory of John Brown, please visit our flower store.