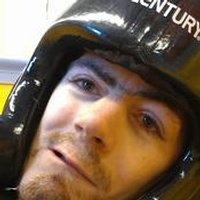 Funeral service for Joey Baldwin Schoenky, 31, of Miller Grove will be held Wednesday, September 11, 2013 at 2:00 PM in Emory at the House of Prayer. Bro. Kenneth Ishmael and Bro. Matt Miller officiating. Burial will follow in the Greenview Cemetery. Visitation will be at the Wilson Orwosky Funeral Home Chapel in Emory on Tuesday evening 6:00-8:00 PM. Joey passed away in the early hours of Saturday morning, September 7th.


Joey, the son of Bill and Anita Schoenky was born on December 12, 1981 in Dallas. He was a 2004 graduate of Edgewood High School. He was his Mama's pride and joy and her "Constant Companion" and a blessing to all who knew him.

Grandparents: M.J. and Barbara Mitchell of Wills Point; and Chuck and Marion Dennis of Myrtle Springs.

Numerous other loving family and friends.

Donations may be made to Cornelia deLange Foundation.

To order memorial trees or send flowers to the family in memory of Joel Schoenky, please visit our flower store.