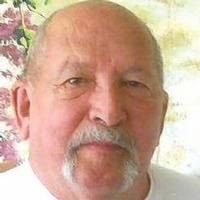 Jerry was born on March 24, 1940 in Dallas, to Donald and Helen Arnold Rosengartner. He graduated from South Souix City High School in 1958. He married Earlene Andersen in 1958, and they had 5 children: Debra, Rodney, Dawn Robin, Duane, and J. R. He later married Brenda Mayes Lawrence, in Garland, on August 29, 1981, and became loving father to her 3 children Keith, Dana, and Donnie Lawrence.

Jerry worked with his father in South Souix City, Nebraska, then was later employed as a foreman of Ford Motor Company from 1964-1973. He also drove for Grey Hound Bus Lines, however his passion was driving a truck. He drove for numerous trucking companies until last year.

In lieu of flowers the family requests that donations be made to the Prostate Cancer Foundation at PCF.org/donate or call 1-800-757-2873 or mail to Prostate Cancer Foundation, 1250 Fourth Street, Santa Monica, CA 90401 or to Lone Star Akita Rescue at 480-584-8868 or make your online donation at www.youcaring.com/memorial-fundraiser/Jerry-Rosengartner-grumpy/230409 Please sign the online guestbook for the family here at the link above.

To order memorial trees or send flowers to the family in memory of Jerry Rosengartner, please visit our flower store.