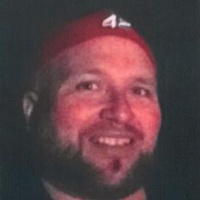 James Clayton "Jimmy" Young, age 38, of Alba, was one of the number of people killed in the horrific tornado in Canton area on Saturday,
April 29, 2017.
He was born August 4,1978, in Carlisle, PA, to James Harold and Linda Kay Morrison Young.
He worked as a supervisor for Oldcastle BuildingEnvelope in Terrell.
Jimmy, also, raised milking shorthorn heifers breaking them to lead and show in Milking Shorthorn Livestock Show. He, also, showed milking shorthorn cows. Dairy farming was natural to him...
He absolutely loved NASCAR, Texas Rangers, Dallas Cowboys, and, of course, his teams up north.
He had adapted to the Texas sports teams.
Top on his list was coaching his nephew, Clayton Wallace's baseball team, the Lone Oak Buffaloes.
Every year for Clayton's birthday, Jimmy would take Clayton and his family to a Texas Ranger's game.
Jimmy was a "fixer" in any endeavor he encountered.
Helping his sister with chores came naturally....they were extremely
close.
His thoughts, works, deeds, and strength of character will be sorely missed....but, forever remembered.
Survivors include:
Sister: Chris Wallace (Rodney) of Emory;
Beloved nephew: Clayton Wallace of Emory'
Special friends (close as family): Danny Mac and Shelley Huddleston of Alba.
Aunts: May Hemminger of Newville, PA; and, Sandy Morrison of Carlisle, PA;
Uncle: Robert Morrison of Shippingsburn, PA
Numerous other loving family and friends
Preceded in death by: Parents

To order memorial trees or send flowers to the family in memory of James Young, please visit our flower store.