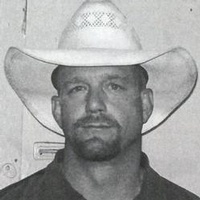 James Wesley Taylor, age 48, of Grand Prairie, passed away at his residence on Sunday in the early morning hours, of Nov. 06, 2016.
He was born July 21, 1968, in Commerce, to James Henry and Uleta Mae Sparks Taylor.
He followed his Daddy around step by step from a very young age. He helped him with all the chores of dairy life...his Daddy taught him how to weld and Wes became a welder...doing all types of jobs needed while growing up in the country.
He honored his country by serving in the U.S. Navy.
Wes was an avid fisherman..
He married Karla Kay Owen, on July 21, 2012, in Emory.
Survivors include:
Wife: Karla Taylor of Grand Prairie;
Son: Dylan Taylor of Denton;
Daughter: Megan Taylor of Denton;
Step-son: David Cassady of Nashville, AR;
Parents: Jim and Uteta Taylor of Miller Grove;
Sisters: Debora Gray of Greenville, Tammie Stevens of Alba;
Brother: Charles Taylor of Point;

To order memorial trees or send flowers to the family in memory of James Taylor, please visit our flower store.