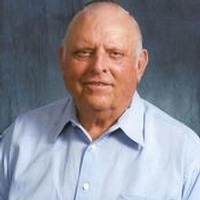 Funeral service for James William Parkman, 88, of Emory, will be held Saturday, April 13, 2013, at Lake Fork Baptist Church. Burial will follow in the Elm Cemetery.
Bro. David Smith and Bro.Johnny Wheat will officiate.
Visitation will be Friday evening, 6:00 - 8:00 pm. at Wilson-Orwosky Funeral Home.
Mr. Parkman died Thursday morning, April 11, 2013 in Sulphur Springs, at Hopkins County Memorial Hospital.
He was born July 8, 1924, in Floydada, to Hubert Henry and Viola Victoria Luttrell Parkman.
J.W. and Eva Cate were married on August 29, 1947 in Grapevine.
He retired from Lone Star Gas Company in Dallas where he worked as a service supervisor .

To order memorial trees or send flowers to the family in memory of James Parkman, please visit our flower store.