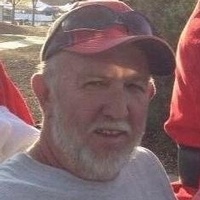 James Leroy Gowins, age 65, of Kaufman passed away Sunday, June 3, 2018, at his home. His funeral service will be held at 10:00 am on Wednesday, June 6, 2018 at Wilson Orwosky Funeral Home with internment to follow at Dunbar Cemetery. Visitation will be held on Tuesday, June 5, 2018 from 6:00 to 8:00 pm.
James was born on November 17, 1952, in Greenville to James Lawrence and Thelma Elizabeth Lee Gowins. James was an Irrigation Specialist for the City of Mesquite. He was married to Judith Lee Kellum on January 11, 1986 in Mesquite, TX..
His survivors include his wife, Judith Gowins; sons Jacob Gowins and wife, Angela of Forney, Josh Gowins and wife Angelica of Ft. Worth, Mike Eaves and wife Lori of Forney; daughter, Lorie Grantham and husband Lee of Highland Village; brothers Don Gowin and wife Kathy of Quitman, Pryor Gowin and wife Kathryn of Emory and Alan Gowin ; sister, Ruth House and husband Donald of Balch Springs.Seven Grandchildren Zoey, Josey, Addie, Briley, Avery, Joey and Amelia.
SERVICES
Funeral Service

To order memorial trees or send flowers to the family in memory of James Gowins, please visit our flower store.