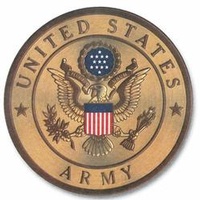 Jack Wayne Lawson, age 76, of Emory, passed away suddenly on Saturday, Aug. 29, 2015, at his residence.
He was born Nov 9, 1938, in Houston, to Samuel M. and Letha A. Wade Lawson.
He served his country in the U.S. Army.
Mr. Lawson was a butcher and owned his own meat market.
Survivors include:
Wife: Pat Lawson of Emory;
Sons: Sean Kelly Lawson (Aimee) of Emory; and, Bryan Scott Lawson of
Emory;
Daughter: Michelle Waynette Lawson of Frisco;
Sisters: Juanita Boggess, and, Billie Stansel, both of Houston;
Brothers: William Lawson, and, Carl Lawson, both of Houston;
Granddaughter: Hailey Anne Lawson;
Numerous other loving family and friends;
Preceded in death by: parents; and 1 brother, Samuel (Sonny) Lawson;
Cremation arrangements are under the direction of Wilson-Orwosky Funeral Home, in Emory.

To order memorial trees or send flowers to the family in memory of Jack Lawson, please visit our flower store.