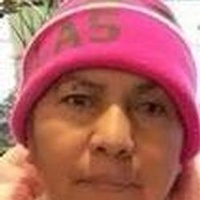 Funeral mass for Honorina Ontiveros, age 62, of Emory, will be held 4 PM, Wednesday, August 31, 2016 at St. John the Evangelist Catholic Church in Emory. Rosario will be held at 5 PM, and visitation from 6-8 PM on Tuesday, August 30, at the Wilson-Orwosky Funeral Home Chapel. Burial will follow the service on Wednesday, at Hopewell Cemetery.

Mrs. Ontiveros passed away Saturday afternoon, August 27, 2016, with her family close to her.

Preceded in death by her Mother.

To order memorial trees or send flowers to the family in memory of Honorina Ontiveros, please visit our flower store.