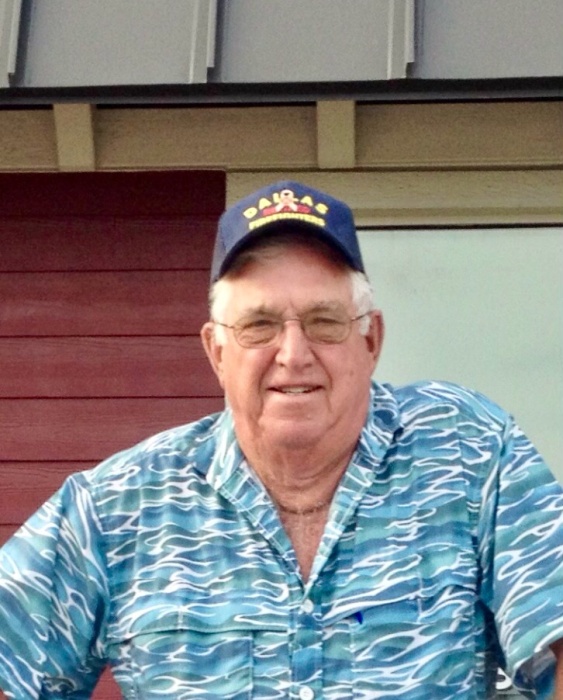 Funeral service for Gerry Friday, of Emory, will be held at Emory Baptist Church on Saturday, February
5, 2022 at 2:00 PM. There will be a visitation at the church prior to the service at 1:00 PM.
Gerry was born to Rufus Daniel Friday and Evie Lena Jones in Roxton, Texas on June 4, 1933. He went
to be with his wife and Heavenly Father on Sunday, January 30, 2022, with his children by his side.
Gerry married Phyllis Ann Scott on June 28, 1957, in Dallas, Texas. After serving his country in Korea,
he returned home and was proud to be a Firefighter for the Dallas Fire Department for 27 years. The
family lived in Garland where Gerry was active in coaching his boys in baseball before moving to Emory
in 1978. After retiring in 1984 he enjoyed working as Ranch Manager for Jerry Freeman at their Free
Oaks Farm outside Emory for 20 years. In his later years, he could be found regularly at the “Table of
Knowledge” in the Y’all Come Back cafe. His hobbies were making people laugh, helping others by
donating his time with the Good Samaritans and meals on wheels. Gerry and Phyllis were married 62
years and active members of Emory Baptist Church for over 40 years. He was loved by all that knew him
and he will be greatly missed.
Gerry is survived by his sons, Larry Dale Friday and wife Anita, Michael Dean Friday; sisters, Mary
White and her husband Jerry, Bobby Kuester. Granddaughter April Marie Naas
He is preceded in death by his parents, wife Phyllis, brothers Donald Friday and Dennis Friday, sister
Patsy Webb.

To order memorial trees or send flowers to the family in memory of Gerry Friday, please visit our flower store.