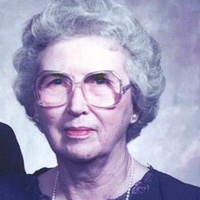 Geneva was born on August 16, 1915, in Point, to Frank Russell and Ola Ferrell Landrum Garmon, Sr. She married James Wesley Stripling on July 23, 1939. She worked and retired after many years from Reserve Life Insurance Company in Dallas. She was a charter member of Miller Grove Baptist Church. She was a member of Miller Grove Quilting Club, and a wonderful seamstress.

Sisters-in-law: Elaine Garmon and June Garmon, both of Miller Grove

Numerous other nieces and nephews

A host of other loving family and friends

To order memorial trees or send flowers to the family in memory of Geneva Stripling, please visit our flower store.