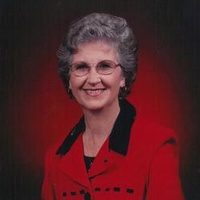 Funeral service for Frances Pearl Haney Jones, age 92, of Emory, will be held 1:00 PM, Saturday, February 20, 2016, at Pilgrims Rest Baptist Church. Interment will follow at Pilgrims Rest #1 Cemetery. Visitation will be held on Friday, February 19, 2016, at the church from 6-8 PM. Bro. Billy Smith and Bro. David Hendricks will officiate. Wilson-Orwosky Funeral Home of Emory is in charge of the arrangements.

Pearl went home to be with the Lord on Thursday, February 18, 2016 at Senior Suite Care and Rehab in Emory. She was born January 20, 1924, in Emory, to Ennis Nolan and Lela Myrow Kirkpatrick. She attended school at Ginger, Bright Star and Emory Schools.

She married James Leon Haney on March 14, 1945, in Rains County. They were married 50 years before he preceded her in death on May 24, 1995. She later married Alvin "Hap" Jones on August 21, 2005, and he preceded her in death on June 21, 2014. Pearl worked many years at Globe Laboratories, before becoming a full time wife, mom, and homemaker, which she enjoyed most. She was a life-long member of Pilgrims Rest Baptist Church.

Please sign the online guestbook for the family at www.wilsonorwoskyfuneralhome.com.

To order memorial trees or send flowers to the family in memory of Frances Jones, please visit our flower store.