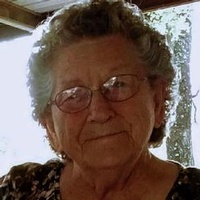 Ruth was born in Alba, on June 30, 1931, to Bonnie Olen and Ema Geneva Flowers Morrow. She married Robert Davidson in Rockwall on August 8, 1973. During her working years, Ruth worked in restaurants. Later to be the owner and operator of her own restaurant. Ruth was of the Baptist faith. A lot of people knew her as "Nannie." Nannie loved her flowers and also her chickens...each one had a special name and a special place in her heart. Nannie could make the BEST pies in the world...especially chocolate and coconut!

To order memorial trees or send flowers to the family in memory of Emma Davidson, please visit our flower store.