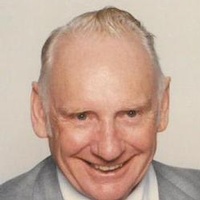 Bro. Kenneth Ishmael and Bro. Matt Miller will officiate. Burial will follow at a later date at DFW National Cemetery.

Visitation will be held one hour prior to service, 1:00 pm, at the church.

He was an electronics engineer with several different companies.

Paul proudly served his country during WW II. After discharge from one

stint, he reenlisted for a second service time with the U.S. Army.

Wilson-Orwosky Funeral Home is in charge of arrangements.

To order memorial trees or send flowers to the family in memory of Elwin Cannon, please visit our flower store.