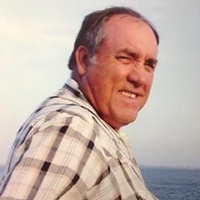 Elmer Bob "Bobby" Boughton, 69, of Emory left his earthly home to be with his Lord and Savior on Tuesday, February 11, 2014. Funeral service will be held at the First Baptist Church of Point at 11:00 AM on Saturday, February 15, 2014 with Bro. Mike Frazier and Bro. Roger Berghauser officiating. Interment will follow at Dunbar Cemetery. Visitation will be held Friday night at the Wilson-Orwosky Funeral Home Chapel from 6-8 PM.

Bobby was born in McKinney to Jim Lyons and Cecile Ina Bryant Boughton on December 20, 1944. He was one of 13 children. On March 5, 1982 he married Donna Lynn Frazier in Rowlett.

Bobby proudly served in the U.S. Army as a Silver Spur, a Troop 3/17th Air Cavalry and was awarded numerous medals for his heroic acts both in Kentucky in helicopter crash rescue and in Viet Nam. He worked for 38 years as Lacquer Department Supervisor of Sherwin Williams Paint Manufacturing Company. After relocating to Emory he enjoyed the outdoors, hunting and fishing. He was a member of the Country Church in Point where he led the singing and held many other duties. He was a proud husband, father, grandfather, uncle, brother and friend.

Funeral service under the direction of Wilson-Orwosky Funeral Home of Emory. Online guestbook may be signed at www.wilsonorwoskyfuneralhome.com.

To order memorial trees or send flowers to the family in memory of Elmer Boughton, please visit our flower store.