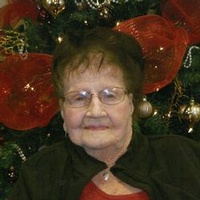 Pauline Brown McAree passed away on November 8, 2016, after a short bout with pneumonia just 3 months short of her 99th birthday. As per her instructions, a simple service will be planned for a later date.

Cremation and arrangements are under the direction of Wilson-Orwosky Funeral Home of Emory. As per her request, memorials can be made to the American Cancer Society.

Those who knew Pauline, knew that she lived life on her own terms for 95. The last three years were lived on terms that she surprisingly and gracefully accepted.

To order memorial trees or send flowers to the family in memory of Edith McAree, please visit our flower store.