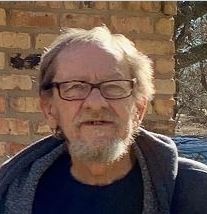 Memorial services for Eddie Dean Poston, age 75 of Dallas, Texas, are scheduled for

1913 Skillman, Street, Dallas, Texas. Eddie passed away on July 7, 2022, at Hospice of East Texas after a short illness. The interment for Eddie, and his partner, Melvin Baker, will be held at Pleasant Ridge Cemetery, Alba, Texas later.

Eddie Dean Poston was born March 28, 1947, in Alba Texas to Ermagene and Granville Poston.  He was the third son of four boys with only one sister, Nancy. If you ask anyone that was around, especially Andy, they can tell you that Ermagene and Nancy always spoiled him.

He graduated from Alba-Golden High School in 1966.  He then went on to East Texas State University in Commerce, Texas. At ETSU, he earned his Bachelor of Science Degree in Accounting.  Eddie soon went to work for Western Electric.  He remained with them through the merger with Southwestern Bell. Southwestern Bell later became Lucent Technologies where he eventually retired.

He was a member of Munger Methodist Church in Dallas Texas.  He loved going to the GoldRush Cafe, where he regularly met his wonderful friends.  He was an avid reader, had a deep love for the Lord and was an accomplished artist.  He was a loving, sweet and compassionate person.  He will be missed by all who knew and loved him.

He is survived by his sister Nancy Wilson of Emory Texas, a brother Andy Poston and wife Kay of Tyler Texas and numerous nephews, nieces, other relatives, and dear friends.

He was preceded in death by his partner, Melvin Baker, his parents, two brothers, James and Gilley Poston, and numerous grandparents.

To order memorial trees or send flowers to the family in memory of Eddie Dean Poston, please visit our flower store.