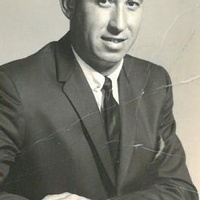 Mr. Durwood "Woody" Lee Sheppard, age 83, of Emory, passed away Sunday evening, November 04, 2018, at Hospice of East Texas Homeplace in Tyler. He was born on December 11, 1934 in Arbala, to the parentage of Aubrey and Grace Lee Sheppard. He and Mary Emily Parrish were married on September 02, 1961, at Emory, she proceeded him in death. During his working career, he was a Maintenance Inspector for Texas Department of Transportation. He was a member of Point Church of Christ. He was veteran, serving his country in the U. S. Army.
His survivors include: son, Shannon Sheppard and wife, Lori of Emory; Donna Sheppard Marada and husband, Charles of Plano; grandchildren, Shelbi Leigh Sheppard; Luke Aaron Sheppard and Zachery Ryan Sheppard; numerous other family and friends.
Proceeded in death by: Parents; wife, Mary Sheppard; Shelly Lee Sheppard and William Aubrey Sheppard.

To order memorial trees or send flowers to the family in memory of Durwood Sheppard, please visit our flower store.